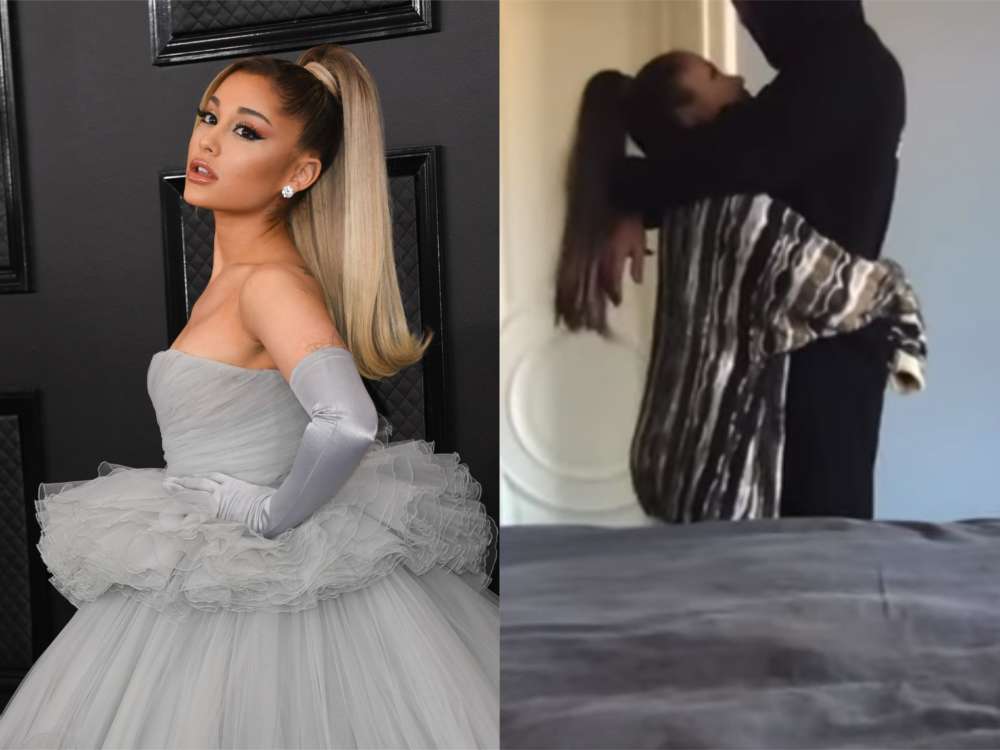 Ariana Grande has moved on from Pete Davidson, that much is definitely for certain. Page Six reported this weekend that Ariana has said “yes” to Dalton Gomez‘s request for marriage. This Sunday, the 27-year-old singer-songwriter took to her IG to share that she had accepted Gomez’s proposal.

She also shared a picture of her double-stone engagement ring. Many of the pop star’s famous friends made sure to leave nice remarks in the comment section, including Scooter Braun, who congratulated Ariana and Dalton on the big step.

Ariana Grande Rushes To Pete’s Side During SNL Rehearsal After He Expresses Suicidal Thoughts – Check Out Her Desperate Message! »

You can check out one of these posts below:

Hailey Baldwin-Bieber also shared her excitement over the news, saying how happy she was for her. As it was noted above, Pete Davidson and Ariana Grande were previously engaged for just a few months following her romance with Mac Miller (who died right as Pete and Ariana’s relationship was heating up). Grande and Pete split up in October 2018.

In March 2020, it was reported that Ariana and Dalton – a real estate agent –  had started dating and it wasn’t long before he appeared in the music video for “Stuck With U,” in May of this year. Before she dated Dalton, Ariana was also reportedly dating Mikey Foster from Social House. Is it possible Dalton is the one for Grande? Many fans of hers seem to think so.

Pete Davidson Still Hopeful He And Ariana Grande Will Have A ‘Fairytale Ending’ – He’s ‘Devastated’ By The Split! »

One user wrote in the comment section of the IG post, “I think this one might finally be it for Ariana. They look really happy together, Ariana is in her late twenties now and she knows what she wants. I think it’s going to go well.”

The reaction to their romance has been a lot more positive than what was seen between Pete Davidson and Ariana. Many fans of the couple thought that it was clearly just a rebound because Ariana had gotten engaged to Pete just a few months after splitting from Miller, who was her boyfriend for years.

Mac Miller died in September 2018 from a drug overdose. Pete and Ariana split up just one month later in October.