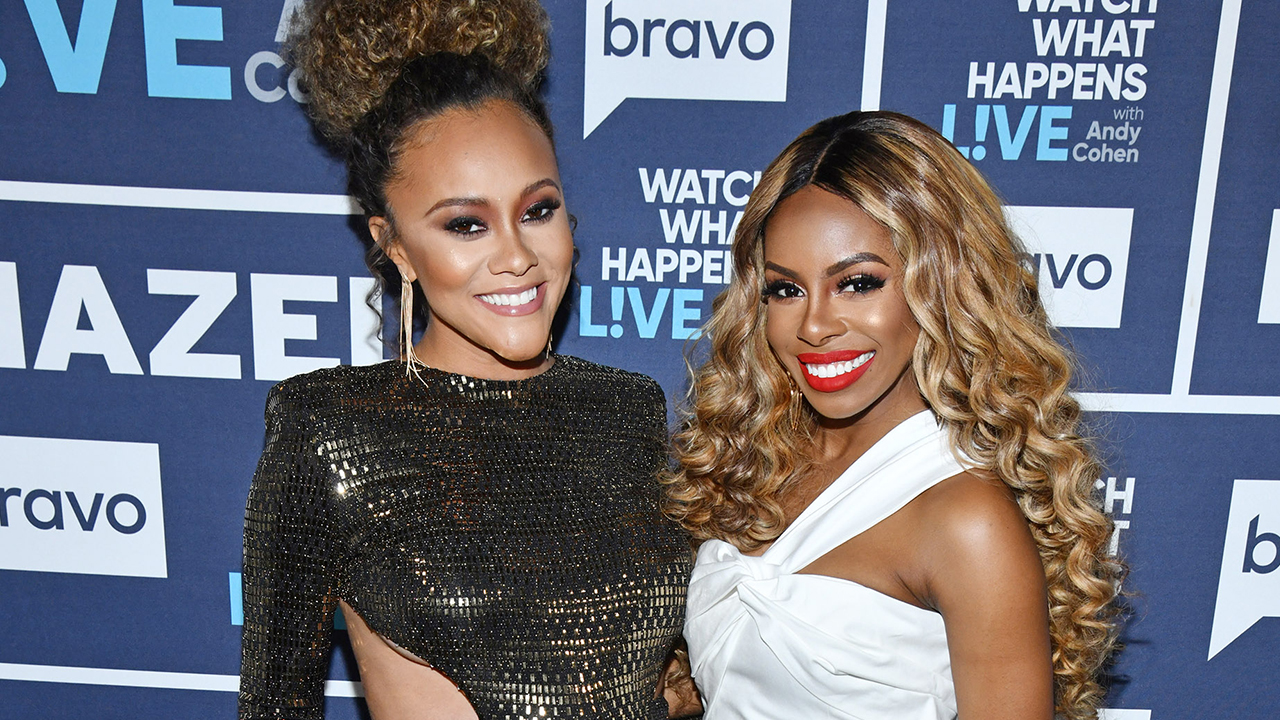 Real Housewives of Potomac just aired its most explosive season yet. On Sunday’s season finale, it was the husbands who were up to trouble instead of the women.

Robyn Dixon threw a finale party where her ex-husband re-proposed. However, drama was still brewing from the fight between Monique Samuels and Candiace Dillard.

RHOP: Candiace Dillard’s Husband Allegedly Says Monique Samuels Reached For A Knife During Fight With Her »

Michael Darby, husband of Ashley Darby, decided to insert himself into the drama by telling Candiace’s husband that he needed to get control of her. After Michael got in Chris Bassett’s face, the chef pushed him. The two men started arguing and Michael swore that he was going to sue.

To make things even worse, Darby went into the production room and started picking a fight with producers while his wife tried to calm him down.

Although the wives weren’t present when the fight started, they explained on the RHOP After Show that they immediately jumped into protective mode when they heard what was going on.

‘When I heard commotion and I heard someone say ‘Michael,’ when I say a fight or flight response kicked in, I wanted to jump across that booth and get involved in whatever was going on. And at that time, I didn’t care who it was. I didn’t care if Michael was getting into a fight with Juan, I didn’t care, he could have been fighting Chris Samuels, I would have put myself in there. That liquid courage, it comes about every now and again, but it was very strong right then because now that Michael is more than my husband, he’s also the father of my son, I’m super protective of him now.’

Meanwhile, Candiace knew something had to be wrong because Chris never gets upset.

‘My husband doesn’t get upset. He doesn’t get angry. He’s not agitated easily, unless he’s talking to me because, you know, I’m his wife. But just outside of me, he doesn’t get perturbed easily. When I saw his face, I knew. I didn’t even know what happened, but I was upset for him because it’s like who is messing with my man? And I get to him, and then I realized what was going on, and then it’s like, OK, Michael F–king Darby, you can’t get right. You just can’t get right.’

Who do you think was wrong in the fight?