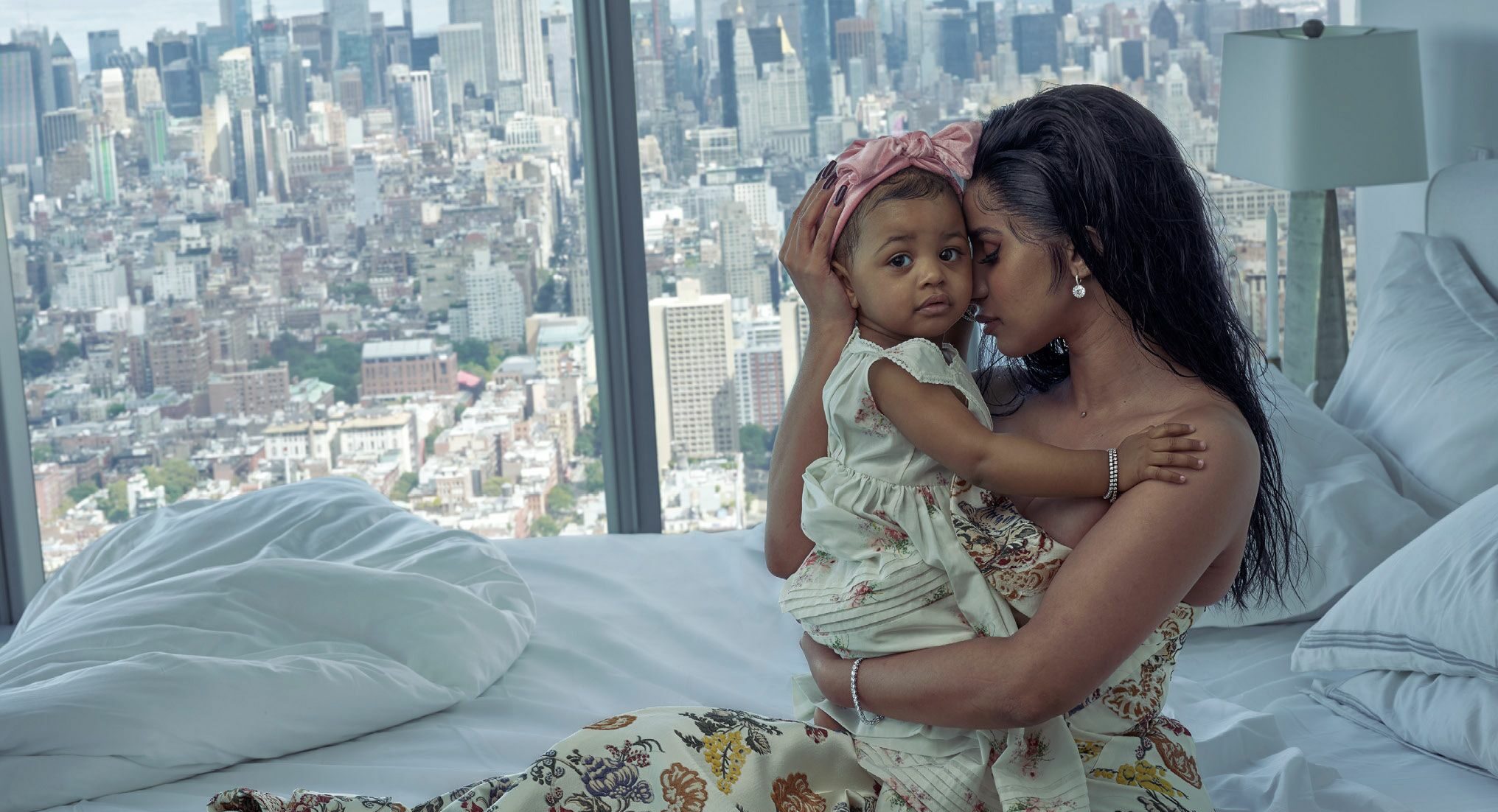 It’s no secret that Cardi B likes nothing more than dressing up her daughter, Kulture, in all kinds of designer clothes and buying her the most expensive accessories! However, that’s not to say that the toddler is growing up spoiled rotten!

The female rapper made it clear that her child is already learning about how privileged she truly is while at the same time, not really – at least not when it comes to her race!

Will Cardi B Actually Respond To Chris Brown’s Direct Messages? »

That’s right! Kulture might just be one of the most stylish kids of her age in the world and she could even compete with some of the richest adults out there!

However, Cardi is teaching her that, at the end of the day, none of that really matters in a society plagued by systemic racism.

During a new interview for Billboard, Cardi dished that: ‘My daughter came out of my p***y rich. She lives a very different lifestyle than I lived. This girl gets in a pool every day; I cannot swim because I barely went to the pool. … But I want her to know that just because you have money, that does not mean you are super-privileged.’

She went on to explain: ‘Even me with her dad, we’ve had really bad experiences with the police, and we are rich and famous. I want her to know that you are not going to be an exception. I want her to have compassion. I do not want her to ever have the mentality of, ‘This does not apply to me.’ Wise words!

As fans know, Cardi B shares her mini-me with her husband and fellow rapper, Offset.

Sure enough, not too long ago, both of them got involved with the police after some Trump supporters allegedly hit their car with a flag pole.

The authorities were called to the scene after a report that Offset supposedly pulled out a gun on the Trump supporters in response.