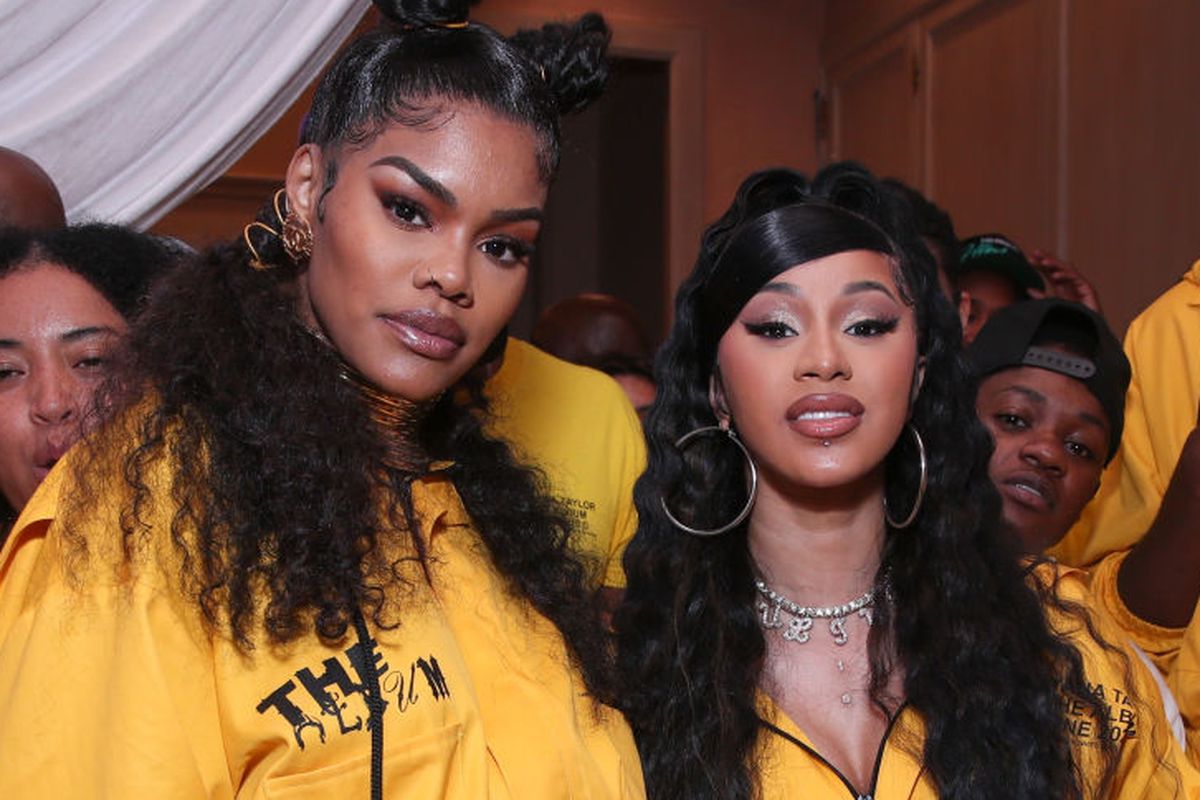 Not too long after Teyana Taylor told the world she was done making music due to the unfair ways in which she has been treated by the industry, Cardi B showed her some well-deserved love! The rapper took to her own go-to platform to gush over Teyana’s album, revealing that it was her absolute favorite in 2020!

The WAP rapper tweeted that: ‘If you know me, you know Teyana Taylor’s album is my favorite of 2020. I swear she truly got the best album of this year. I hate that now she feels how she feels ’cause she soooo talented and her music is soo good.’

Asked what song she liked best on the album, the rapper responded: ‘Tuh where do I even start ……Wake up love, morning, 69, 1800, killa,…. Lose each other had me in my feelings at the beginning of October. Just a very good project maaaannn.’

Cardi B Posts Ambiguous Message After Offset Begs For Another Chance – Did She Just Respond To His Video? »

This appreciation from Cardi came only a day after Teyana shared her Spotify playlist with social media users and revealing, at the same time, that she was done working in the music industry.

Fans were definitely shocked to learn about her early retirement.

In her lengthy statement, she started by thanking them for their incredible support but confessed that ‘I ain’t gonna front in times of feeling super underappreciated, receiving little to no push from the ‘machine,’ getting the shorter end of the stick constantly, getting overlooked, I mean the list goes on and on lol..’

Teyana managed to get no less than 163 million streams on the platform but it sounds like she still felt really underappreciated at the end of the day.

2020 was still really special for her, not only because of the album she dropped but also because she welcomed her baby girl, Rue Rose, in September!

Jax Taylor And Brittany Cartwright – Their ‘Vanderpump Rules’ Co-Stars Were Reportedly ‘Blindsided’ By Their Exit!