DaniLeigh and DaBaby are going strong! The singer and rapper enjoyed a night of dinner and dancing on December 15. The new couple cozied up together in PDA videos on Instagram!

DaniLeigh and DaBaby are Hollywood’s hottest new couple. The singer, 25, and rapper, 28, continue to flaunt their PDA in various posts on Instagram — and the same went for their Tuesday night dinner and dance session. In a series of videos shared by Dani, the couple was goofing around inside a bathroom while getting ready for the night. At one point, DaBaby grabbed a hold of Dani’s blonde curly hair and they danced around, popping in and out of the camera frame.

#dababy and #danileigh cutting up together pic.twitter.com/ZRjhHFyvDe

Around the same time, DaBaby took to his instagram Stories to share a clip of the couple driving in a car in Atlanta. They were captured wearing the same outfits seen in Dani’s videos, however, it’s unclear where they were headed. Later on in the night, the rapper shared a cute clip of the pair enjoying an Italian dinner. Dani fed pasta to DaBaby, who gushed over the meal while she laughed. 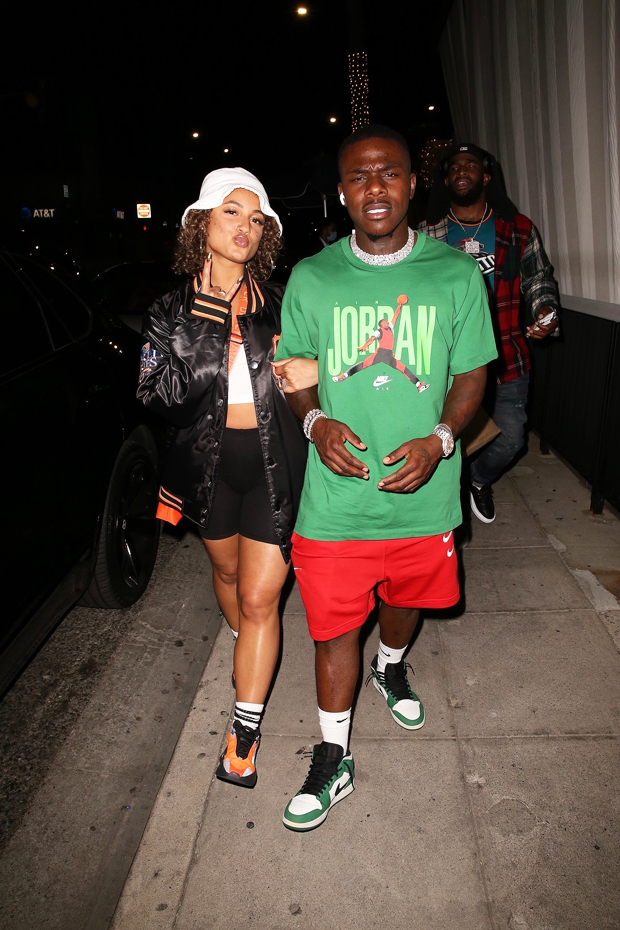 It’s unclear when or how DaBaby and DaniLeigh got together. The “Can’t Relate” singer confirmed the romance on December 4, with an Instagram photo of her hugging the “Suge” rapper from behind. “My baby,” she wrote alongside the PDA snap, adding a red heart emoji and the acronym, “Idc” (I don’t care). At the time, DaBaby made things official with an Instagram Story video that showed the two eating together. — Since then, DaniLeigh and DaBaby have been inseparable on social media.

More recently, DaBaby and DaniLeigh attended Migos rapper, Offset‘s 29th birthday party at an undisclosed club location in Atlanta on December 14. They were spotted in the background of videos from bash, where there appeared to be mask-less party goers amidst the COVID-19 pandemic.