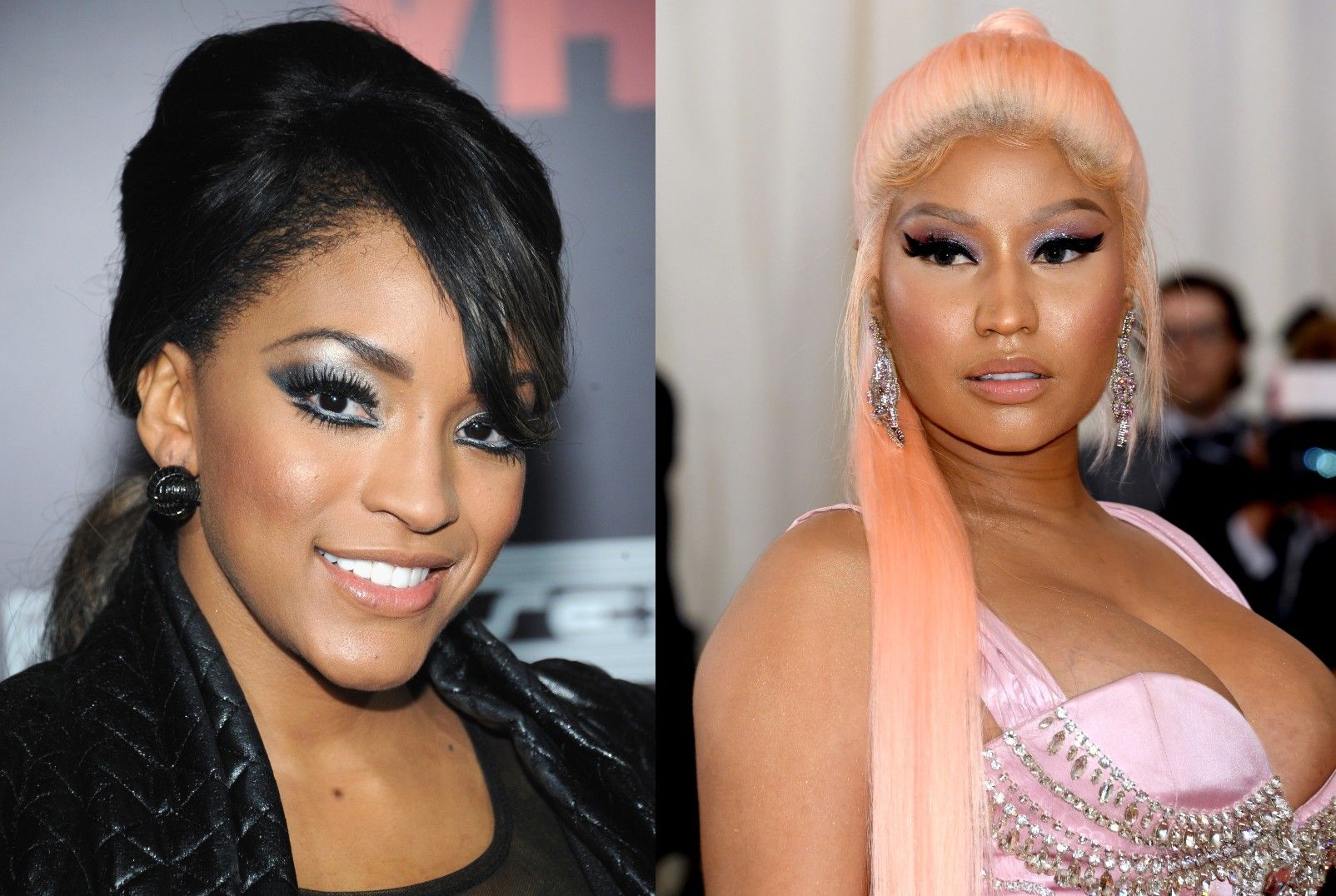 While a guest on Kandi Burruss’ ‘Speak On It,’ Real Housewives of Atlanta star Drew Sidora claimed none other than Nicki Minaj shamed her post-pregnancy body while at an audition about three months after she had given birth! Check out what she had to say!

As you might know, Drew Sidora is the newest cast member of RHOA but she did not waste any time before proving she fits right in!

After all, she is really outspoken and was not afraid to even call out Nicki Minaj for supposedly making some comments about her body.

While on Kandi Burruss‘ YouTube series Speak On It, Drew opened up about the awkward interaction she had with the female emcee when she was auditioning for a role in a pilot sitcom on ABC, based on Minaj’s early years!

Drew recalls that she was told: ‘Girl, you don’t look how you looked in TLC,’ which referred to her role as TLC’s T-Boz in the film CrazySexyCool: The TLC Story.

That is when Drew revealed the comment was actually made by none other than Nicki Minaj herself!

She shared that ‘I was up for a family series, a Nicki Minaj pilot. And Nicki said that. She said I do not look how I looked when I played T-Boz. I was like, ‘Nicki!’ It was like, all of these ABC execs around but I had gone through about 5 rounds. And she really, really liked me.’

Still, regardless of that, Drew admitted she was still really caught off guard by her rude comment.

‘She said that in front of all of these [executives]. I was like, ‘Look, I just had a baby.’ I think at the time my baby was like three months old. I was literally still breastfeeding.’

The new RHOA star made it clear that instead of letting those words ruin her mood, they motivated her to lose weight.

‘What I took away was, ‘Girl, get your life together. Get back in the gym. You can’t keep blaming it on the baby and get to work.’