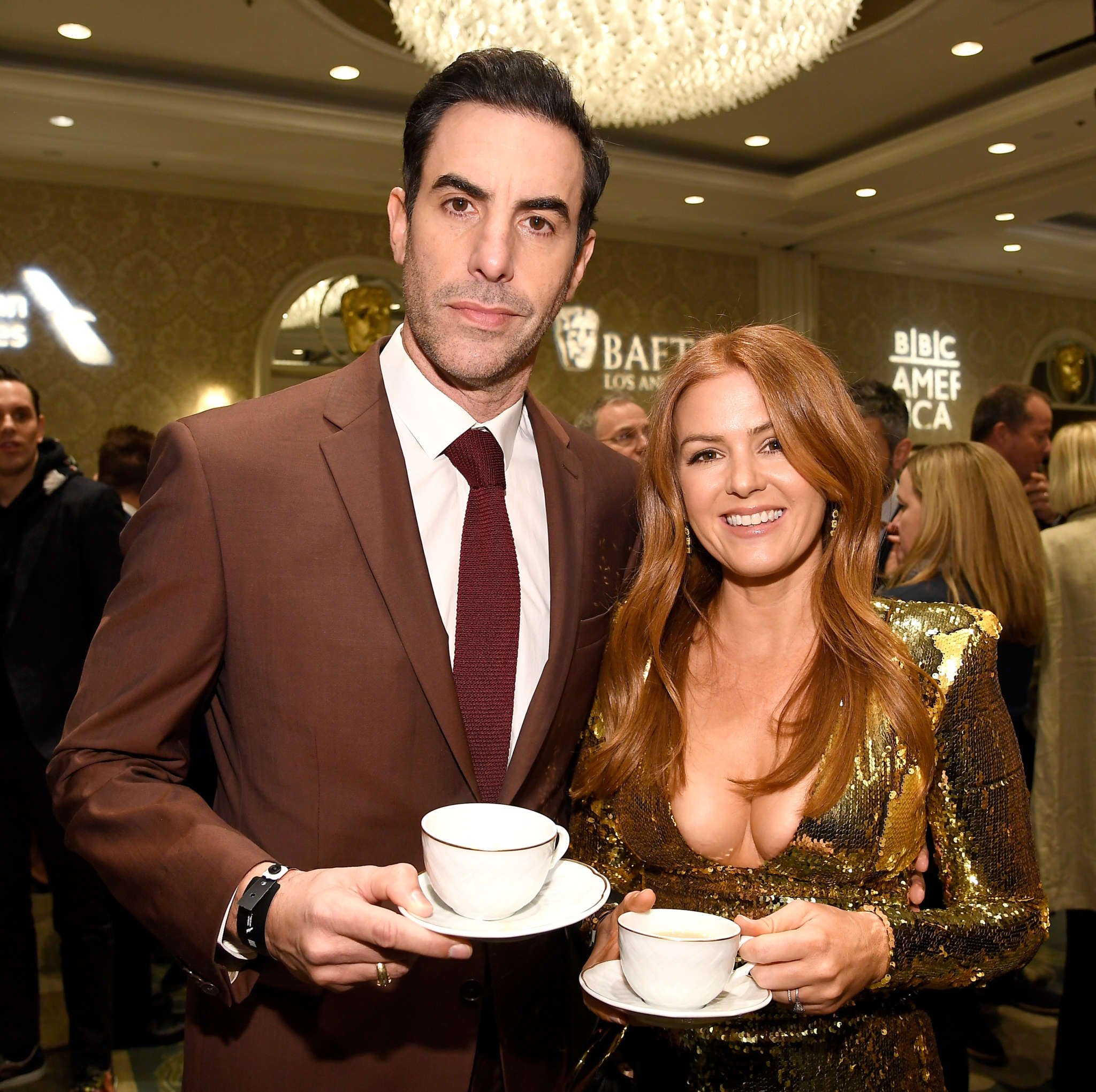 Isla Fisher revealed that her husband, Borat star, Sacha Baron Cohen, cut out her favorite joke out of the movie! That being said, she was unable to convince him to keep it in even when she threatened to never talk to him again!’

Isla and Sacha have been married since 2010 and they make a great team but that’s not to say that they always agree on everything!

While a guest on Jimmy Kimmel Live yesterday, actress Isla Fisher opened up about her marriage dynamic with comedian Sacha Baron Cohen by sharing a funny story from Borat’s behind the scenes!

Isla told the host that she likes to get involved and checks out the cuts from his projects.

That being said, she went on to reveal that ‘There’s actually a joke in the latest Borat one, in the debutante ball scene. I found it really funny, it is my favorite one. I was so attached to it. It was in the final cut, in all the cuts. And, finally when it comes to a last minute edit, he just takes it out!’

She recalled that ‘I was like, ‘Babe, you know, you have to put this joke back in! It’s so funny, it’s my favorite.’ And he is like explaining to me that for the pathos, that it is really important that there is no joke at this moment and he did not feel the joke was that original. And I am, like, getting more and more head up.’

KUWK: Khloe Kardashian Opens Up About Her Weight Loss Journey And Has Valuable Advice For People On How To Stay Motivated And More! »

In fact, Isla was so passionate about that joke that she ended up threatening her husband that she wouldn’t be able to talk to him again if he didn’t put the joke back in!

In the end, the Borat actor still went with his gut and did not listen to his actress wife, but she jokingly pointed out that they are very much, still married!