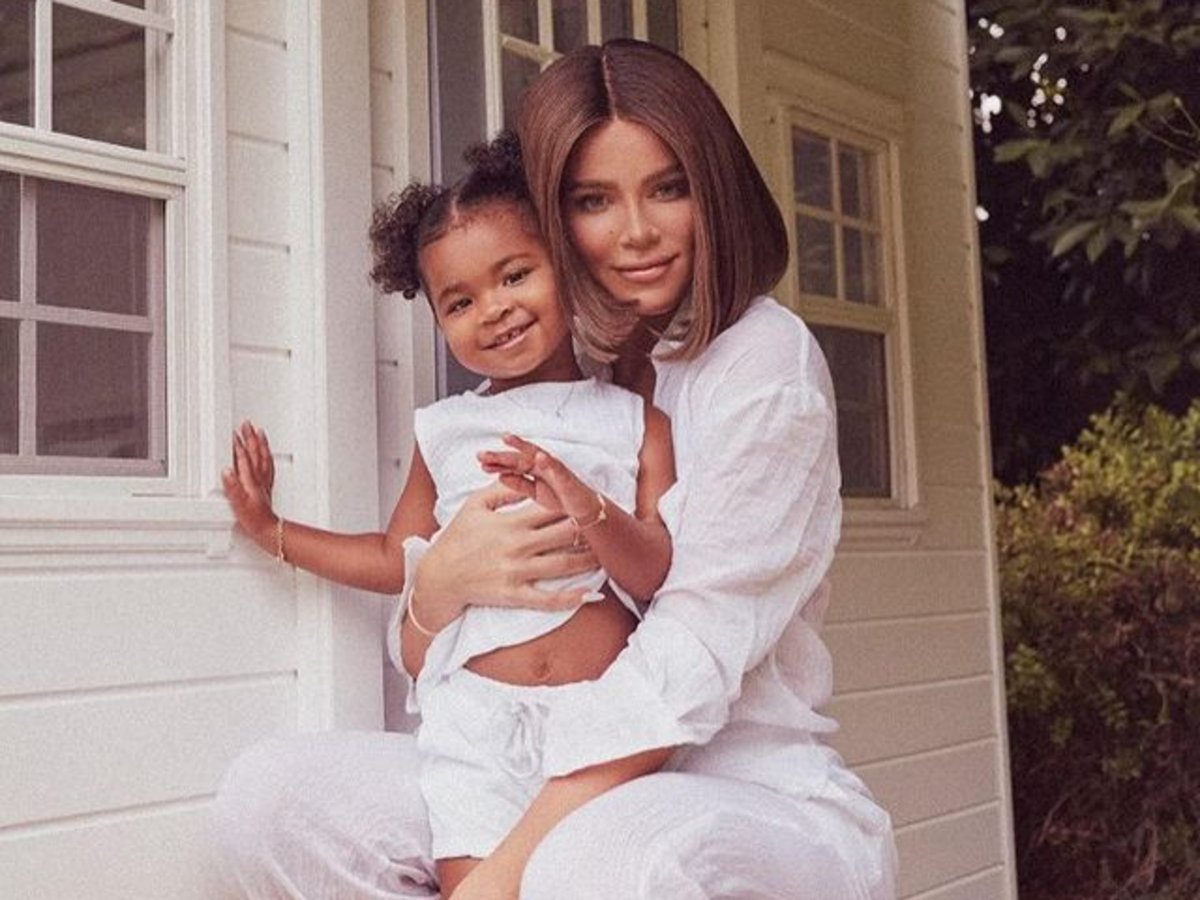 Khloe Kardashian may be engaged to Tristan Thompson and fans are freaking out. TMZ broke the story after photographers snapped shots of Khloe and her two-year-old daughter True, as they reunited with Tristan Thompson in Natick, Massachusetts, a suburb of Boston. Khloe and True were out and TMZ snapped photos of a huge diamond ring on her finger. This ring doesn’t look like any old sparkler, but rather looks exactly what you would expect Tristan to present the mother of his daughter if he had proposed.

The ring is as gigantic as it is gorgeous and Khloe wore the ring proudly with the bling on full display. TMZ captured several photos of the ring and at different angles. The ring must be worth a fortune and now some fans are wondering if Khloe will announce an engagement soon.

You may see photos of the ring, along with TMZ’s report about speculation that Khloe Kardashian and Tristan Thompson are engaged below.

https://t.co/de0dR4HXFd Khloe Kardashian looks like she might be engaged to Tristan Thompson … and by “looks like” we mean the bling on her left ring finger is big enough to make Rose from “Titanic” green with envy.

KUWK: Rob Kardashian Not Done Transforming His Body After Weight Loss – Wants To Get Toned!  »

The rumors also coincide with recent gossip that Tristan was spotted enjoying some time in a restaurant with a ‘mystery woman.’ Other reports suggested the woman was his personal assistant who was in Boston helping the new Boston Celtic player settle in. Maybe she was a jeweler helping Tristan pick out the perfect rock for his bride-to-be?  At this point, no one knows for certain what is going on, but since Khloe traveled to Boston with True, it’s doubtful the two are fighting.

Khloe Kardashian was married to Lamar Odom from 2009 until 2016. This would be the first marriage for Tristan Thompson though he was in a  relationship with Jordain Craig, who is the mother of his four-year-old son Prince Thompson.

Is Dakota Johnson Engaged To Coldplay’s Chris Martin? See The Ring That Has People Talking! »

What do you think about Khloe Kardashian’s ring? Do you think it looks like an engagement ring? Did you follow the gossip that suggested Tristan may have cheated on Khloe?

Gal Gadot Addresses The Whitewashing Concerns Over Her Cleopatra Casting