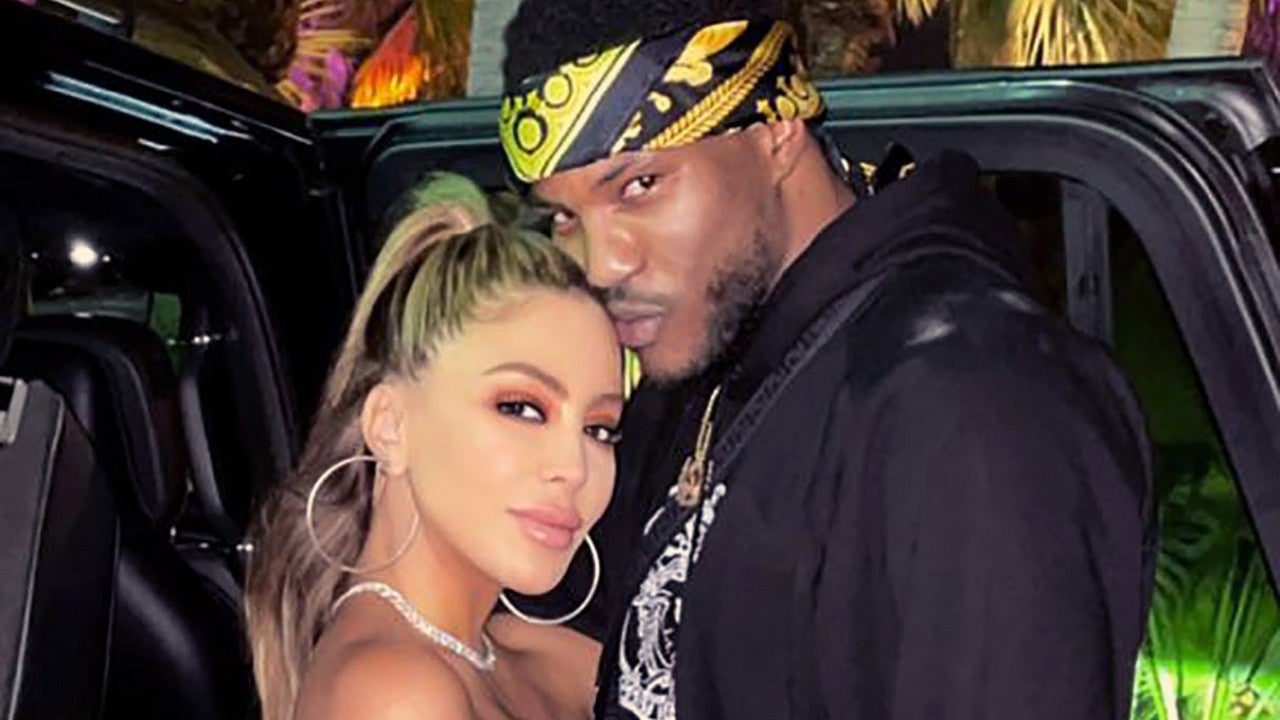 On Malik Beasley’s 24th birthday, he and Larsa Pippen packed some major PDA, not hiding their romance at all! Not even the fact that the NBA player is still legally married stopped them!

As fans may know, Malik is currently married to Montana Yao but they are estranged so, technically, he is free to date whoever he wants!

That being said, on his special day, the couple was in Miami, Florida on a yacht, just enjoying each other’s company and looking really in love in the pic that was soon to appear online!

The snap shows the man giving the peace sign to the camera and smiling, while Larsa can be seen lying on his stomach.

A second pic featured Beasley kissing Larsa on her forehead lovingly while the beautiful lady in a hot pink tight dress was hugging him.

They really look like a ‘goals’ couple and fans could not helo but notice and gush over them!

This comes after the two were first linked romantically about a month ago.

At the time, they were holding hands while at a Miami mall.

As for his status, one insider shared via E! News that he shares a 1 year old son with his estranged wife.

The two, however, are yet to finalize their divorce, although it appears that the ex filed for divorce on the same day he was seen with Larsa!

She took to her IG Stories back then, to suggest that the hand holding pics really took her by surprise as she had no idea.

‘Wow… I do not even know this man..this is wild I’m seeing it for the time just like y’all,’ she wrote in her post.

The following day, Larsa wrote on her own IG Stories: ‘Don’t always trust what you see on social media. Even salt looks like sugar.’

‘Don’t judge me before you know me. Do not underestimate me before you challenge me. And don not talk about me until you have talked to me,’ another ambiguous post from Larsa appeared on her platform around that time.