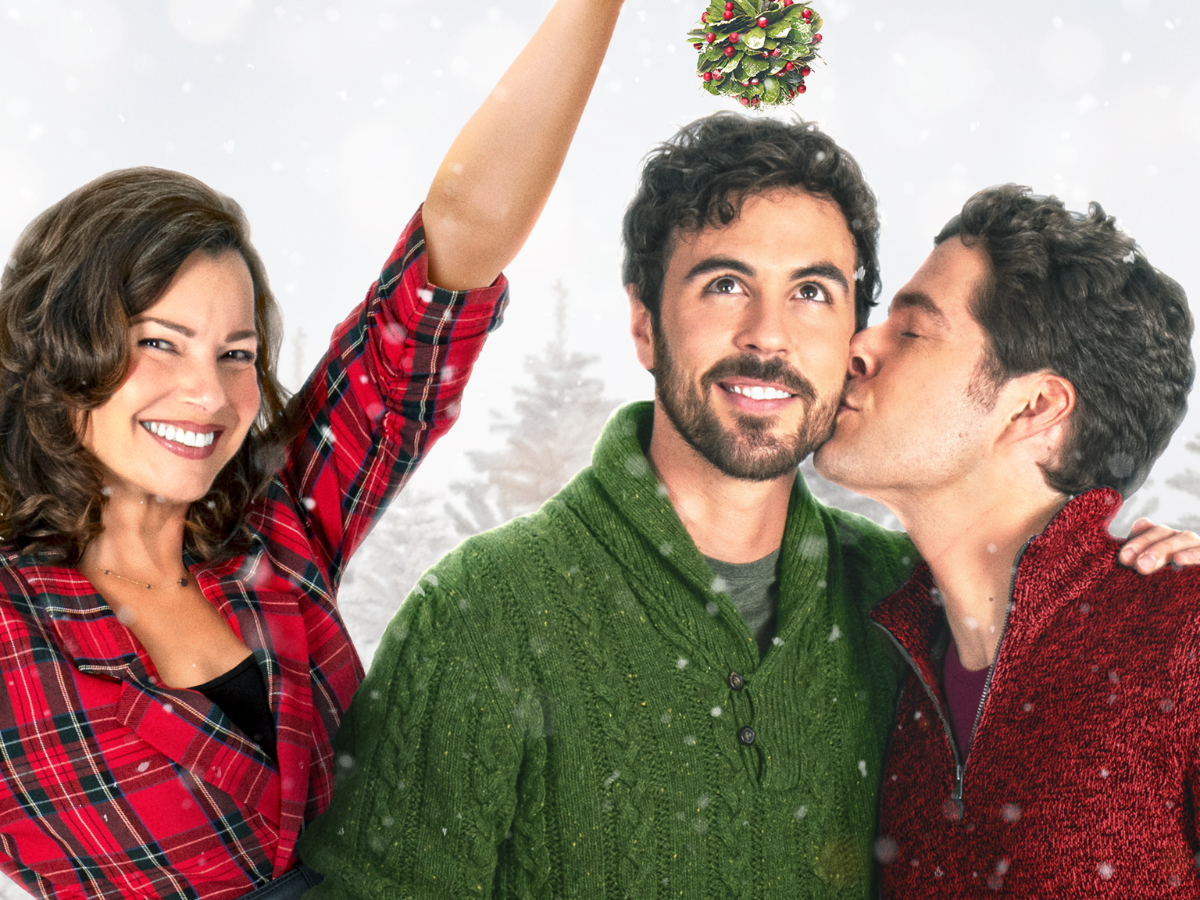 This holiday season may be one of the most difficult for many families, but at the same time, it is proving to be the most inclusive. Several networks are premiering LGBTQ Christmas movies for the first time and Lifetime is making television history with their film The Christmas Setup. The movie stars real-life husbands Blake Lee and Ben Lewis in the lead roles. While Hallmark has unveiled LGBTQ characters in their movie The Christmas House with Jonathan Bennett, Lifetime’s movie will feature Lee and Lewis in leading roles.

The Christmas House will air on Saturday, December 12, 2020, at 8 p.m. ET, on Lifetime and it tells the story of Hugo (played by Ben Lewis) and his high-school crush Patrick (Blake Lee) as they reconnect after years apart. Hugo is in town, visiting his mother, Kate (played by Fran Drescher) for the holidays.

Liam Hemsworth Shares His Support Of Same Sex Marriage In Australia: ‘It’s a Human Right To Marry The Person You Want’ »

The fact that Blake Lee and Ben Lewis are a real-life married couple, made filming the movie simpler due to the pandemic and COVID-19 restrictions.

Networks have been under fire for their refusal to represent members of the LGBTQ+ community in films and this year, the networks have listened. Many agree that it is time that all families are shown or depicted on television and there is no question that Lifetime’s movie will be groundbreaking.

For many people, this will be the first romantic gay movie they have ever seen. While there will always be some people who are closed-minded and won’t want to see same-sex couples on television, there are many who say that this day is long overdue.

You may see an interview with the cast of The Christmas Setup including Blake Lee and Ben Lewis as they spoke to Glaad’s Anthony Ramos in the video player below.

Now that the holiday season is in full swing and Christmas movies are taking over, there is a lot of buzz and excitement regarding Lifetime’s new film. Are you going to watch The Christmas Setup on Lifetime?

Selena, Justin, and Hailey Bieber Are Sick of “Selena vs. Hailey”