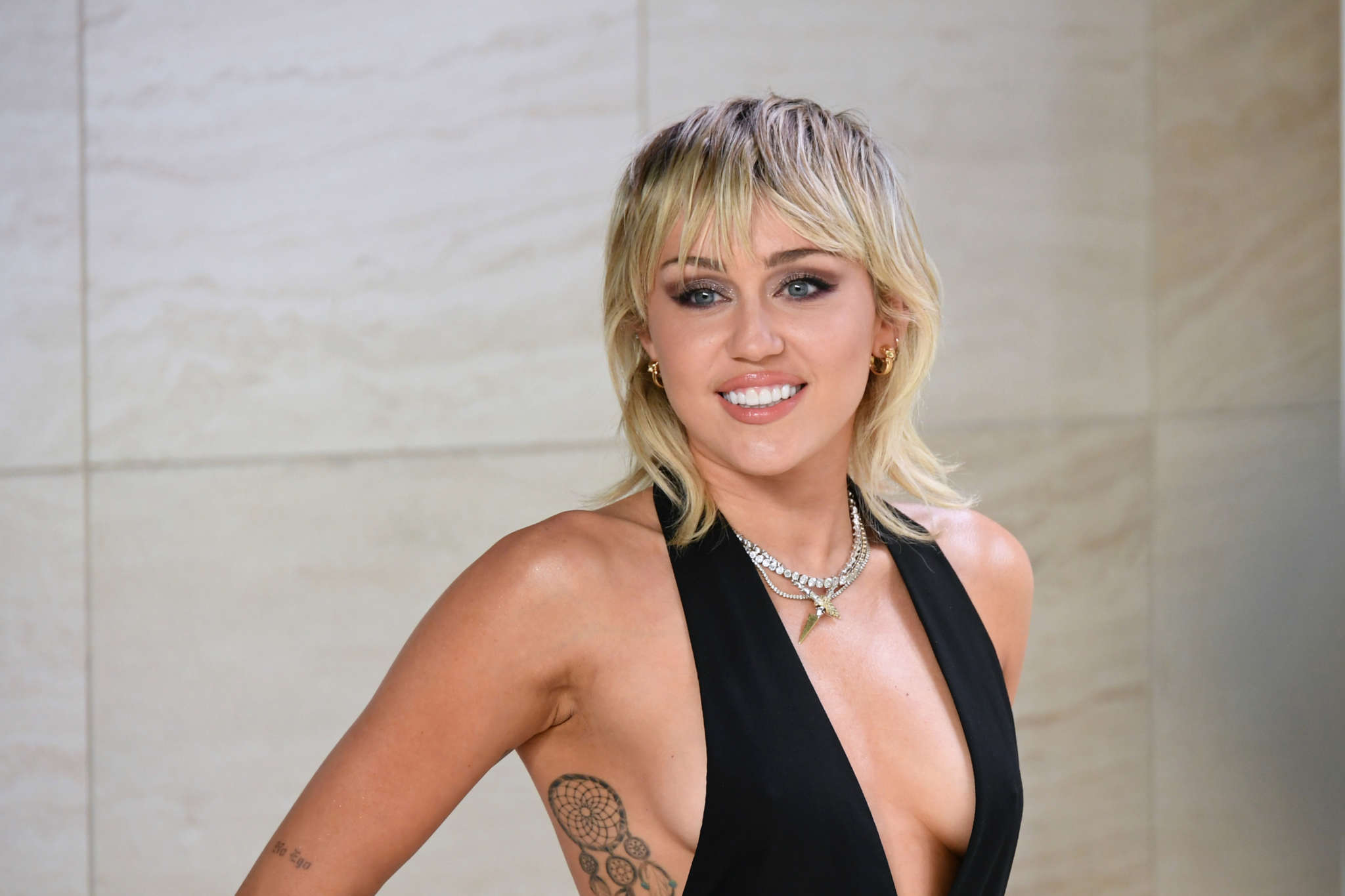 Miley Cyrus was pretty surprised to learn the real number of tattoos she has which means that she’s never kept count nor has she been interested in counting her body ink! And since the number is quite high, the singer and actress expressed shock over the answer while a guest on Jimmy Kimmel Live’s latest episode!

During the talk show, Miley played a game of Trivia about herself, against one of her fans, named Paul!

That being said, one of the questions Kimmel asked them both was: ”How many tattoos does Miley currently have?’

Paul thought about it and answered ’27,’ which the host announced was much too low compared to the real number, therefore giving Miley a chance to respond.

Miley Cyrus And Liam Hemsworth Are Not Married – Was Wedding Rumor A Publicity Stunt? »

‘I have no idea,’ Miley simply said, which made the host rather confused as to why she would not be able to answer such a personal question and instead, wait for Kimmel to tell her!

That is when she explained: ‘Um, because you probably are much more coherent when I am getting these tattoos than I am.’

Kimmel’s answer? – 74! Hearing this, Miley was shocked since the number seemed way too large. – ‘Huh?’

Still, the host did not reveal any of his sources on this and since Miley herself was unable to confirm or deny, it’s safe to say that the number of her tattoos remains a mystery – even to herself!

During the same episode, Miley Cyrus also received the Diamond record plaque for her 2009 hit song, Party in the USA.

As you might know, the song recently reached the qualifications for the honour after selling no less than 10 million units!

And it makes sense! After all, Party in the USA started charting again right after the results of the 2020 presidential election were announced, many using it as an anthem to represent Joe Biden’s victory!