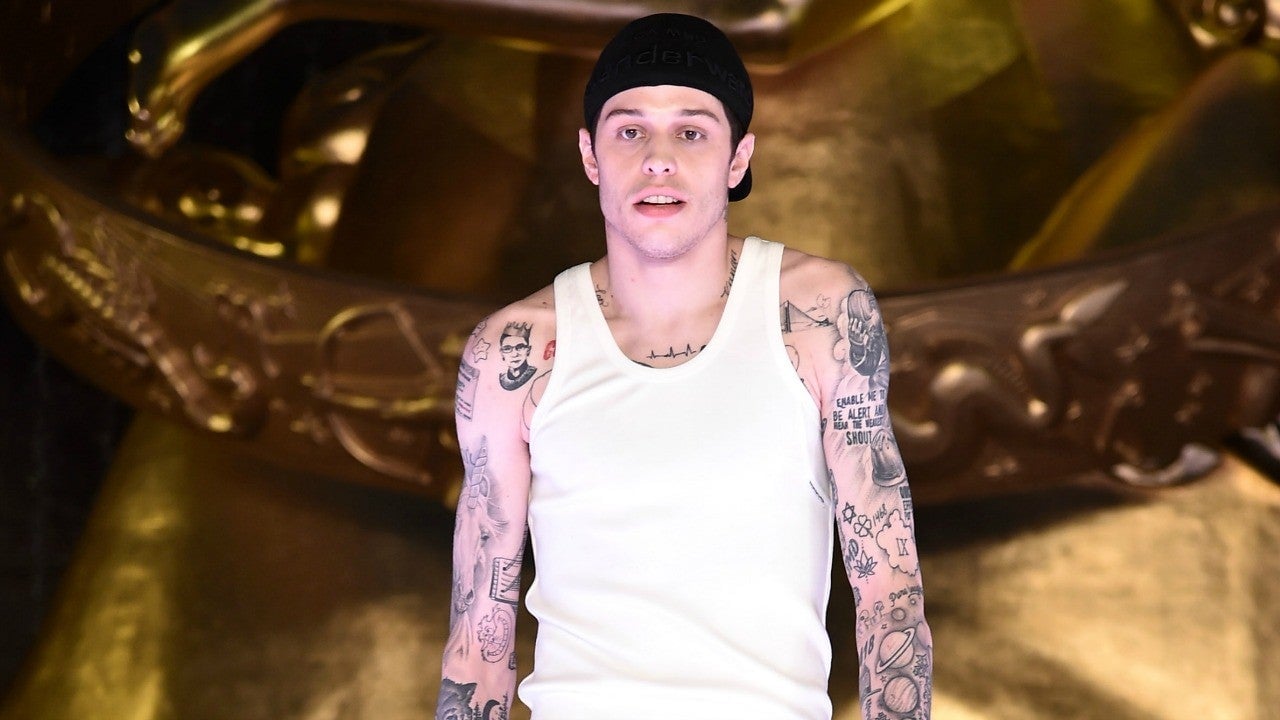 Is Pete Davidson no longer a fan of his own tattoos? As it turns out, not only is the Saturday Night Live comedian done getting any new ink, he is also planning on ‘burning off’ all the ones he already has!

This is what Pete shared during a virtual question and answer session with film critic Mike McGranaghan and the cast and crew for King of Staten Island.

McGranaghan took to Twitter at the time, to announce: ‘Just attended a virtual QnA with the Judd Apatow and cast of THE KING OF STATEN ISLAND. And here is a scoop: Pete Davidson’s in the process of getting all his tattoos removed!’

But this also sounds like it could be a joke so when he was later asked if Pete was serious about that, McGranaghan responded that ‘it’s real’ and revealed that the SNL star has already started the whole process!

‘He even showed his hand, which is already done. He said it takes 3 to 4 hours in the makeup chair just to cover them, so he figured that ‘it would be easier to get them burned off,” he confirmed.

Just attended a virtual Q&A with the Judd Apatow and the cast of THE KING OF STATEN ISLAND. And here’s a scoop: Pete Davidson is in the process of getting all his tattoos removed! pic.twitter.com/LMejpRdn6x

Hannah Brown Disses Victoria Fuller As ‘Annoying’ During Viewing Of Her Ex Peter Weber’s Season Of The Bachelor! »

This is quite unexpected since the comedian has such a big collection of tattoos!

It’s safe to say that the removal process would be very costly and painful and also, quite a pity since they must have meant something special to him – at least when he got them!

After all, the ink covers most of his body, including his neck, arms and chest – which are also the parts of his body most visible while appearing in SNL sketches.

But while he’s been covering them up with no problem for years, it makes sense he now wants to spend much less time in the makeup chair since he is getting more and more big screen projects!