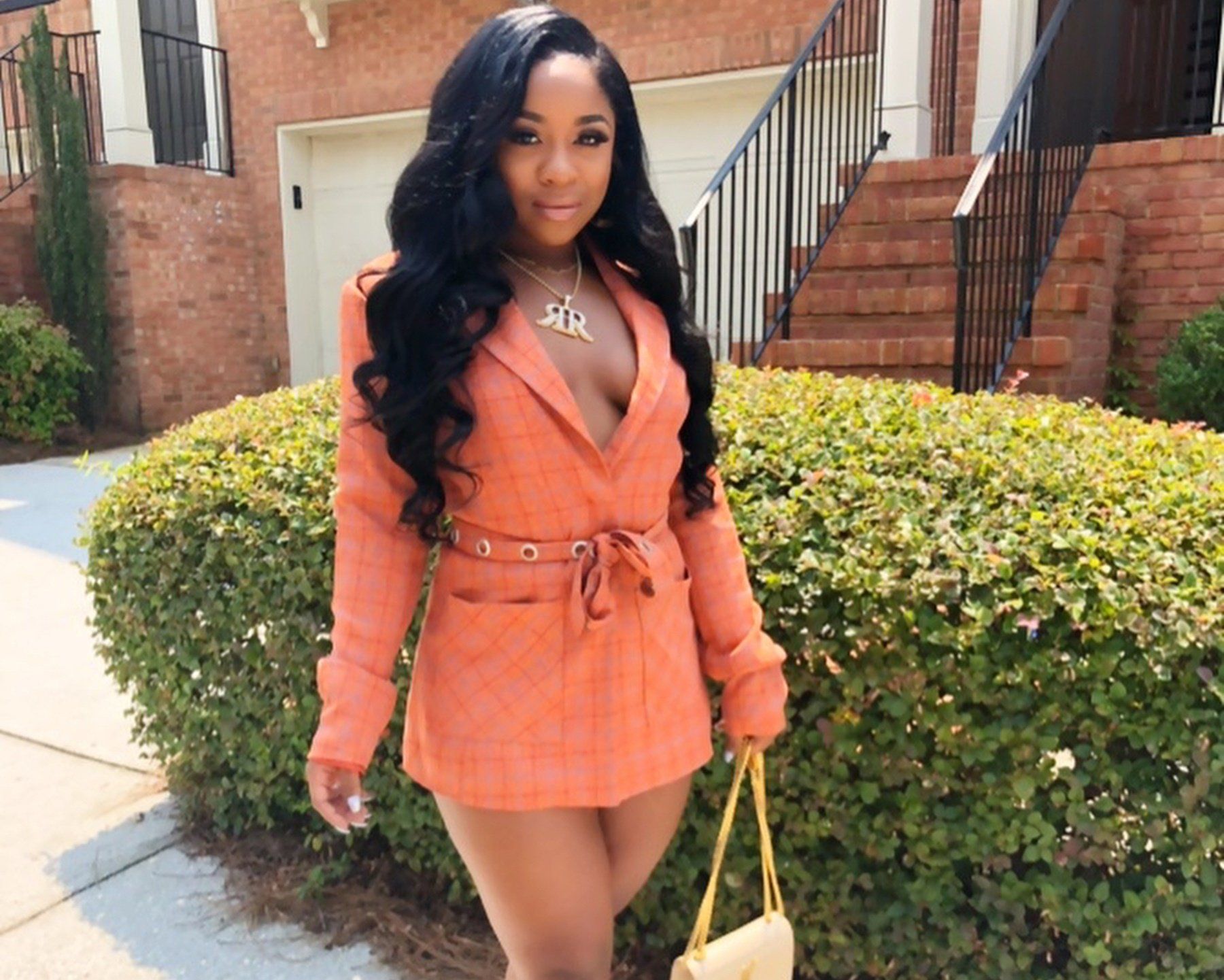 Regiane Carter looks stunning and she knows it! That being said, Lil Wayne’s daughter took to her go-to platform to show off her fashion and her dancing – her song with Mike Hart, titled ‘Truth’ playing in the background!

That’s right! Reginae was totally feeling herself and feeling her own song equally as much so she shared a short video of her in a rather revealing red plaid set which featured really short shorts and a blazer.

Fans could not help but gush over her fashion sense in the comment section while some wondered who she was talking about in the song since the lyrics suggested she was dissing an ex who had betrayed her in a way or another.

She even showed the middle finger to the camera as part of the improvised choreo during an appropriate lyric in the song!

Still, the hot outfit and her dancing grabbed the most attention since Reginae was simply sizzling!

She just couldn’t hide her excitement over the song, of course, so she mentioned in the caption that ‘I’m always somewhere feeling a song way too much lol. Everybody get ‘TRUTH’ out on all platforms right now @thisismikehart ft. Muah.’

While it’s not clear who she was talking about in her verse, it doesn’t seem to be on again, off again boyfriend, YFN Lucci, since he mentioned during an interview for Established that they are still working through things.

The man also fired back at some of her fans who have been saying he ‘disrespected’ her, arguing that ‘We’re trying to go back to how we was the first. No drama, no bulls**t.’

Reginae’s IG followers totally loved the clip she posted, some asking where she got her outfit from while others gushed over her song and her looks!

Here are some of the positive things left in her comment section: ‘I love this song.’ / ‘Okayyyy NAEE. ‘ / ‘The Bodyy[hear eyes emojis.]’

Megan Thee Stallion Shows Off The Present She Got From Rihanna While She Recovers After Shooting Incident! »