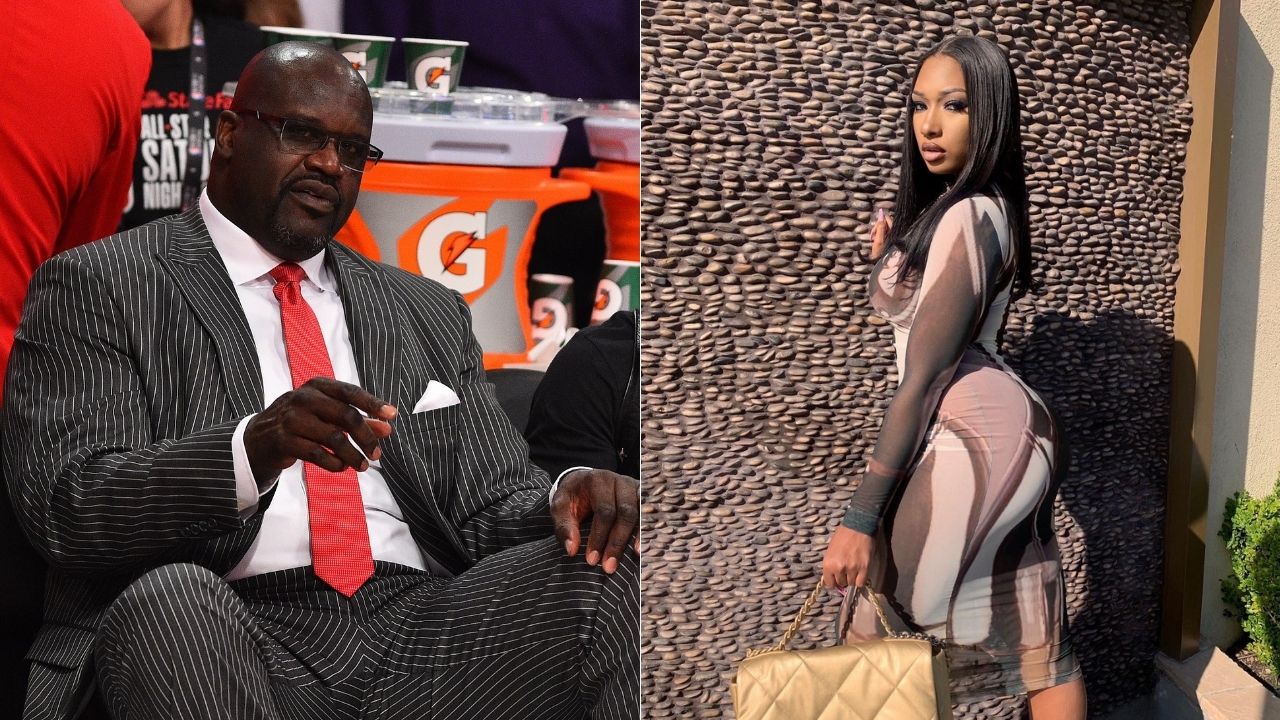 So what really are Shaq’s intentions with Megan Thee Stallion? This is the question that fans have been asking themselves ever since the basketball player appeared in the star’s comment section during a live session on IG to flirt with her!

As you might know, Shaquille O’Neal unexpectedly stopped by Megan’s page while she was live just to tell her he was there for her ‘booty’!

The flirty comment grabbed a lot of attention and made many headlines, of course, especially after the TikTok video of his son reacting to Shaq creeping went viral!

But insider reports have been claiming, after the fact, that he was just joking around.

Now, however, Shaq himself is breaking his silence on the flirty comment and finally revealing what he meant by it!

During an interview with TMZ, he dished that ‘This is what happened, America. I was in there, somebody said, ‘What are you doing in here?’ and I just typed what I typed. I wasn’t trying to hit on her.’

This pretty much confirms what a source previously told HollywoodLife: ‘Shaq is definitely a fan of Megan, but he is not chasing her. It was a funny and honest comment ’cause he does appreciate her talents. He got a kick out of his son roasting him over it.’

As for Megan Thee Stallion, the performer is yet to address the flirty comment and the speculations that have been surrounding it!

At the end of the day, not even Shaq knew his funny comment would end up getting so much attention when he made it.

‘He thought that his response was hysterical and was cracking up over the situation when he saw it go viral on social media. Shaq is a jokester through and through,’ the insider also explained.

Are you disappointed there are no romantic prospects between these two?