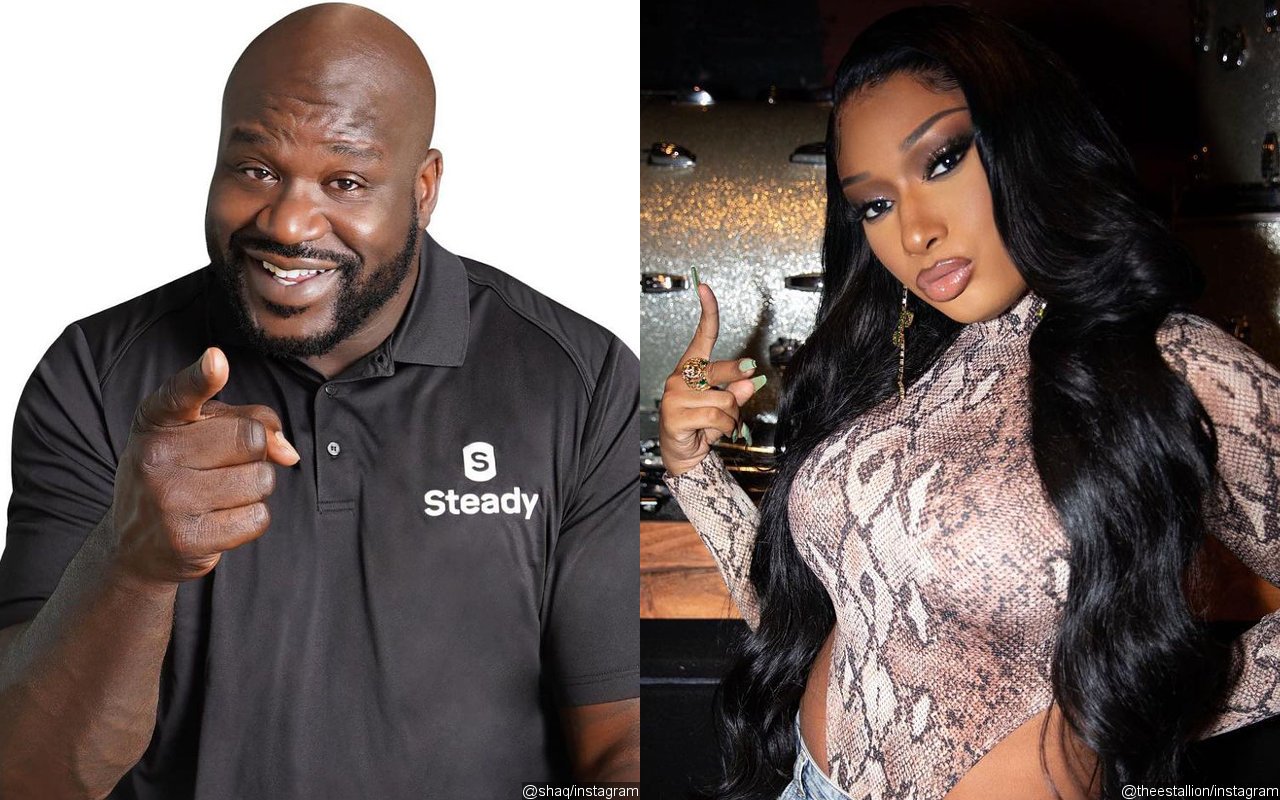 Was Shaq only having some fun or was he really shooting his shot with Megan Thee Stallion? Fans gave been wondering this ever since Shaquille O’Neal appeared in her comment section during a live session on IG and then proceeded to mention he was there to watch the ‘booty!’

Now, one insider claims they know the answer!

The source dished, via HollywoodLife, that it was all in good fun and that the basketball star thought it would be a funny comment to make but that he is actually a real fan of her many talents.

What this means is that he was not, in fact, there to just ogle at her body!

This also comes after his son’s hilarious reaction to the flirty comment went viral on Tik Tok!

About this, the insider said that ‘Shaq and his son are really close and they are always joking with each other so this is very much in character for the two of them. Shaq thinks his son’s video is hilarious, and loves that it is getting all this attention.’

In other words, Shaq is not at all embarrassed that his own son caught him creeping on social media!

In reality, ‘He got a huge kick out of his son roasting him over it. [Shaq is] very proud of all of his kids and he loves goofing around with them.’

About the reaction his comment got from other people, the source dished that ‘He thought his response was hysterical, and was cracking up over the whole situation when he saw it become viral on social media. Shaq is a big kid at heart and a jokester. He is always having fun and he is the life of the party and will say things just to be funny. He’s thought all along his comment to Megan was not shooting his shot but more to play and have fun in the moment. No harm was ever meant from it, or any thoughts on something serious should be taken from it.’