Taylor Swift truly is saving 2020! Just five months after dropping her album ‘Folklore,’ Taylor is back with a second album, which is dropping one day before her 31st birthday.

Two days before Taylor Swift’s 31st birthday on Dec. 13, she’ll be releasing a brand new album called Evermore. Taylor made the surprise announcement about her new record on Dec. 10, just hours before its release date. “Ever since I was 13 I’ve been excited about turning 31 because it’s my lucky number backwards,” Taylor explained. “Which is why I wanted to surprise you with this now.” 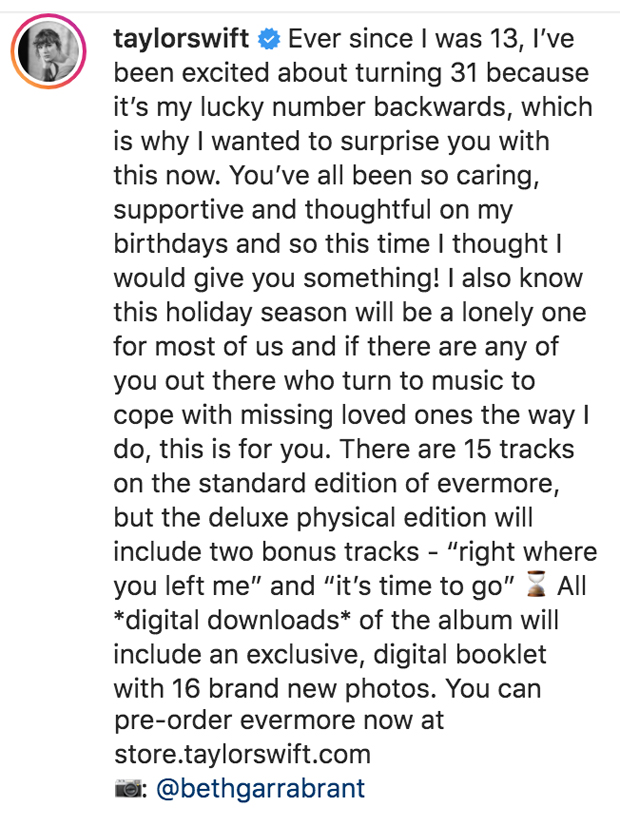 The soon-to-be birthday girl revealed that the record will have 15 songs, with two songs on the bonus addition. The album also features duets with HAIM, The National and Bon Iver. This is the second full album that Taylor has released in 2020 — back in July, she surprised fans with her 8th album, Folklore. The record was announced in a similar fashion, just hours before it came out in full.

Summer Walker Launches Her Own Label – Here Are The Details

Is Khloe Kardashian Moving to Boston?