2020 might have felt like a car crash, but The Wrecks are ending the year with a high note. The band talks EXCLUSIVELY with HL about their new EP, their ‘Infinitely Ordinary’ album, and more.

It’s been quite a 2020 for The Wrecks. In any other timeline, the alt-rock quartet – Nick Anderson, Aaron Kelley, Nick “Schmizz” Schmidt, and Billy Nally – would be on the road, celebrating the release of their debut album Infinitely Ordinary with shows full of fans, blowing up on alt-rock radio with tracks like “Out of Style,” “This Life I Have,” and “Fvck Somebody.” Despite being grounded by COVID, the band still has managed to make the best of 2020, and the group ends its prolific year with Static, a four-track EP out today (Dec. 18) on Big Noise Records.

“We originally wanted to release a deluxe version of our album Infinitely Ordinary, but oftentimes, deluxe tracks get snubbed a bit, and we didn’t want that to happen to these songs,” says Nick Anderson. “So we decided to give them their own release and an opportunity to reach more people.”

Static plays out like an act in four parts. The title track is a distortion-filled bop about regret and disappointment at letting a loved one down. It segues into “I Hope It’s Cold In New York,” a chilly reflection on when your loved one gets engaged to someone who isn’t you. As if on cue, “Good For Nothing” brings in the anger and rage — “When you’re gone / you’re gone for good / and good for nothing” – that comes when you’re grieving a loss. The EP closes out with “Try To Remember,” a final acceptance that it’s all over, and the struggle to remember the good moments as they fade over time into faded images and static.

As with their album, Infinitely Ordinal, the Static EP is filled with vivid and specific imagery, lyricism that gives these songs weight. “Lying naked / watching me doing laundry,” sings Nick on “I Hope It’s Cold In New York,” transporting a listener to a specific scene. Like their previous 2020 release, Infinitely Ordinary, Static shows The Wrecks come with irresistible hooks, clever lyrics, and a keen ear when it comes to songwriting.

To make these songs happen, all Nick Anderson needs is one ingredient: silence. “There’s more noise like a single text message when you’re trying to think, you know?” he said when speaking with HollywoodLife about the release of Infinitely Ordinary. “If I’m trying to get things done during the day, I’ve got emails, my phone’s going off. It’s really noisy in my head, y’know? It’s very distracting, almost stressful. I’ll try to get that work during the day.  But at night? My favorite hour to be working is at two-thirty in the morning – two to three in the morning is kind of the sweet spot because even the Night Owls have gone to sleep. The whole world gets real quiet and pauses itself for a moment, and I can kind of freely create without all the noise. I don’t sleep all that much, but the hours that I sleep make people think I sleep in super late. But, I’ll go to bed at like, five or six, and then wake up at like, 1 pm.

“Two o’clock in the morning in LA is like 3 pm in Wellsville,” the upstate New York native told HollywoodLife. “I never really thought of it that way, but that’s really interesting. That’s really true. Growing up and being creative in high school, making little films and sketches when I was 13 or 14 at my grandma’s house, and that turned into making random songs and such. There was never anyone around to bother. I wasn’t in ‘the industry’ yet, so there weren’t, like, emails. There was no work involved in it. Having that freedom, every hour of the day, to work unbothered, it was nice. I guess I’m only able to capture that in the middle of the night here [in Los Angeles.]”https://open.spotify.com/album/74IXMUg7W8OvCjdTeCTtLx?si=9zkVlnpKTjaMk4jp5M-omA

He was able to recapture that moment for the video for “Fvck Somebody.” Released in February, right before the pandemic hit, the low-to-no-budget production on the music video demonstrates The Wrecks’ unique charm. Their music has the sincere honesty of an art project, which, as Nick tells us, was the best way to describe the video.

“That’s all it was,” he said, recalling his old days of DIY art. “It was ‘this is what we want to make, so we’ll do whatever we can and whatever resources we have’ to make it. The really special thing about that video was the fact that I was home between – the dates we shot the video were like December 26 to December 30th. The days after Christmas, before New Years’. Especially in a small town, there’s really nothing to do but get together with people. But even when you get together with people, there’s nothing to do but hang out in someone’s garage and drink. It gets old. Everything there kind of gets old.”

So, with help from “all of [his] sister’s friends” who were home from college (“they’re kind of over the town”), he was able to catch everyone “in a moment when there was nothing to do.” His sister asked if her friends wanted to make a video, and then they were off at the races. “I didn’t realize how big of a project it was going to be going into it, but I had all my ideas, and I knew if I hit my pedal to the floor, we could get it down.”

Bringing the video production back home to Wellsville made it feel “more official to them, and something real was happening. There’s something special about that. There’s kind of a magic in the air when you’re making a project like that. It felt no different than making a video with my friends in high school, but there was a purpose to this, and that felt pretty cool.”

That DIY aesthetic carried onto their next video, “Out Of Style.” Shot in the months of COVID-19, the video is brimming with quirk, creativity, and the band’s signature style. “It’s not that we don’t trust other creators to collaborate – we do collaborate when we make a lot of these projects,” says Nick. “But, if it doesn’t come directly from within, it feels disingenuous.” 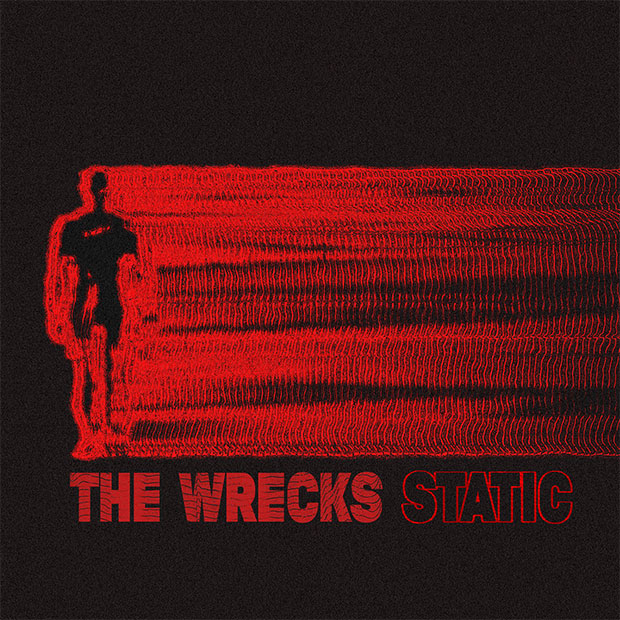 That “high effort” resulted in Infinitely Ordinary, though Nick said that the album came out because “the timing lined up” where the band was ready to release a full-length project. “And we said, ‘okay, cool. Here are the songs that we have,” said Nick, who said that there was more pressure in “picking which songs would make [the album]” than recording the album itself. “We’ve always had this pressure. With the [Panic Vertigo] EP, with its five songs, we had twenty that we were picking through.”

“When you have the full control, keep hammering every single moment and making sure there’s not a single hit that doesn’t feel right or note that doesn’t feel out of place, it can drive you crazy, especially when some of those cuts don’t make it,” said Nick. “There’s something that points to the quality of the album when you do that – how many songs didn’t make it – which would have sounded perfectly fine, and people would have enjoyed, but weren’t necessarily what we wanted to put on the record.”

“[Infinitely  Ordinary is] just a snapshot of where we are right now,” said Nick. He mentioned the extra songs that would eventually make up the Static EP. Even though they weren’t included on Infinitely, Nick said that he doesn’t consider these songs “B-sides” or leftovers. “If I have the opportunity to write and create the music, then why not make every new song the best it can be, even if it’s going to be on a deluxe version of an album? Even with a deluxe version, it would be a more updated snapshot of where I am.”

Both Infinitely Ordinary and Static are out now.

What to Know About Meghan Markle’s Lawsuit Against Associated Newspapers