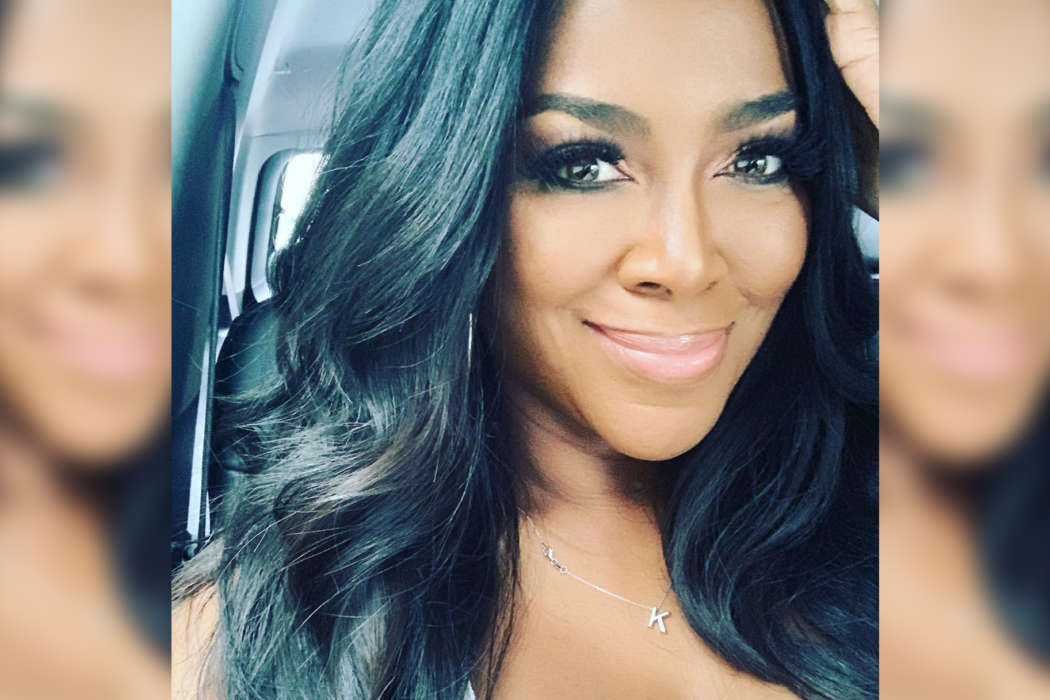 During her appearence on The Wendy Williams Show this Friday, Kenya Moore spoke on what it was like to go on a date with Kanye West, well before he and Kim Kardashian got married. Kenya never touched on when it happened, but it’s been assumed that it occurred before he married Kim in 2014.

Moore said to the host of the popular television show that she did go on a date with Kanye once, and it didn’t end well. Moore says she and Kanye wound up going back to his house and there were X-rated images on his TV.

After having been lost for five minutes on her own, she eventually found him in another room watching something on the TV that she found inappropriate. Most people on social media have speculated that Kanye was watching pornography which freaked her out.

In her own words, the Real Housewives of Atlanta star said he was watching something “on TV that he probably shouldn’t have been” at that moment. From there, she realized it was time for her to leave. Kenya went on to suggest that it was totally bizarre and weird, even though she had a lot of respect for the rapper.

NeNe Leakes Reportedly Tried To Make Peace With Kenya Moore – Here’s Why She Was Unsuccessful! »

Put simply, Kenya and Kanye had a short-lived fling. These days, she’s more focused on trying to mend her marriage with Marc Daly, her husband, whom she had split with not that long ago.

As it was previously reported, Kenya and Marc married 3 years ago while at a ceremony in St. Lucia. They had their daughter, Brooklyn, in November of the following year, but it only took another year for them to call it off in September of 2019.

Kenya Moore Comes Clean About Getting Fired From ‘The Real Housewives Of Atlanta,’ Shades Nene Leakes While Doing So »

Back in June, Kenya explained how she and Marc have been getting along a lot better these days, maybe even more so than ever. Moore says they have argued about very little, and disagreements are few and far between.

Fans know Kenya’s romance with Marc has been controversial. Some of her former co-stars even believed she was lying about its existence.